Hospitals are bestowed with a lot of power to heal the masses – all while being held to high-duty-of-care standards. But, what a lot of people and even many hospitals may not be aware of is that hospitals are charged by the U.S. Food and Drug Administration (FDA) to report any adverse situation where a medical device was used and could have possibly caused patient injury.

The FDA performed a large-scale investigation for an entire year looking into claims that hospitals were not reporting incidences where patients were injured and the causes may have been by a medical device. The investigation’s findings are very troubling and even involve some of the nation’s top research hospitals. 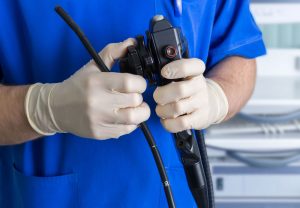 The following details and investigation allegations were captured in recent media reports:1

Endoscopes and the Superbug Infection Facts and Allegations

The following endoscope medical device and superbug infection details and accusations have come from the watchdog group Drugwatch.

Have you or a loved one been injured or subsequently died as a result of a defective medical device? If so, contact a New Jersey Defective Medical Product Attorney with Mayo Law to arm yourself with a fierce advocate that will fight for your justice, rights, and any compensation that may be owed to you.

Since 1994, Mayo Law founder Todd Mayo and his highly-skilled legal team have established a winning record of assisting families and those injured by dangerous and defective medical products, and recovering compensation for their grief, pain, loss of enjoyment, and much more.

To find out more how our New Jersey defective medical product attorney can best help you and the services we can provide you, call (732) 613-3100 or (800) MAYOLAW or email us with the contact form on this page to set up a free case evaluation. Also, we don’t charge you any legal fees until or unless you obtain a settlement or an award in your case.